Flytrex is building the world’s first drone based delivery service

In a nutshell, Flytrex is building the world’s first drone based delivery service – cutting delivery costs and times by an order of magnitude in an (almost) infinite market.

In August 2017 Flytrex launched the world’s first fully operational, regulatory approved, on-demand drone delivery service in Reykjavik, Iceland, and became the leading competitor in the race to deploy a true on-demand delivery service via autonomous vehicles. The Flytrex system was approved by ICETRA (Iceland’s Civil Aviation Authority) and insured, and set precedent after being granted approval to operate BVLOS (Beyond Visual Line of Sight) and above populated regions, in a first world country.

Flytrex was also selected to participate in the FAA’S Drone Pilot Program, partnering with North Carolina’s Department of Transportation and taking on the challenge to establish the first drone based delivery service in the United States.

While the majority of packages that require transit across cities are no heavier than 2lbs, Flytrex drones are able to carry up to 6.5lbs and travel a distance of approximately 6 aerial miles. The drones require minimal handling thus reducing manpower, and ensuring a quick delivery every single time. 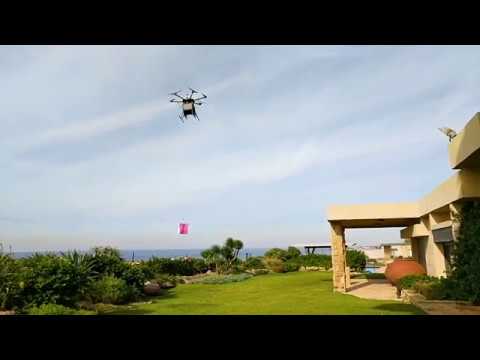