Appear Here is the leading online marketplace for short-term retail space. The mission: to create a world where anyone, anywhere can find space for their ideas.
Over 200,000 industry leading brands, designers and creative entrepreneurs are using Appear Here to find and book retail space. Appear Here lists over 7,000 spaces in the top retail destinations across the world, including London, Paris and New York.
Everyone from global brands such as Apple, Chanel and Net-a-porter to innovative startups like Supreme, Spotify and Made.com, plus 1000’s independent brands and designers have used Appear Here to launch their ideas. To date, Appear Here has launched over 10,000 new stores.
Appear Here is building a global network of the best retail spaces and working exclusively with some of the biggest landlords in the world including Land Securities, Hammerson and Westfield. Spaces listed on Appear Here include prime high street shops, underground stations, unique venues, major shopping malls and historic buildings. In 2015, Appear Here launched In Residence: a collection of spaces inside some of the world’s best boutiques, hotels and gyms.
All spaces are exclusive to Appear Here and can be booked by the week or month. Traditionally it takes on average 3-6 months to book a shop. With Appear Here, it takes just 3-6 days to book a shop. The current record is seven minutes.
The company was launched in February 2013 by the 20-year-old Ross Bailey. The idea came from a pop-up shop Ross launched for the Queen’s Diamond Jubilee called Rock and Rule. Realising how many people, like him, wanted a solution to renting retail space flexibly, Ross used the proceeds from Rock and Rule to launch Appear Here.
To date, Appear Here has raised over $20 Million in funding from backers including Europe’s largest Venture Capital firm Balderton Capital, Octopus Ventures, MMC Ventures and Meyer Bergman. The team has grown to over 80 people with offices in London, Paris and New York. 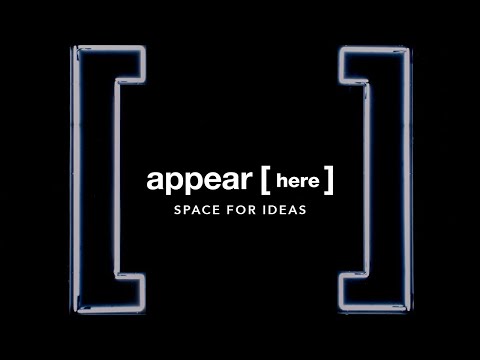